In addition to television series launches, McCarthy heads the communications strategy for the studio’s podcast platform, USG Audio, and showrunner brand strategies for the studios’ overalls, including Sam Esmail, Nick Antosca, Julie Plec, Debra Martin Chase and many more. This past year, McCarthy implemented campaigns for groundbreaking television series including “As We See It,” featuring a neurodiverse lead cast, and “We Are Lady Parts,” which follows a group of Muslim women setting out to be rock stars, as well Patrick Macmanus’ “Dr. Death” and “The Girl From Plainville,” co-showrun by Liz Hannah, two limited series with powerful pro-social messages of patient safety and mental health awareness, respectively.

McCarthy began his career in personal publicity and before joining NBCUniversal as a junior publicist at E! and The Style Network, where he led campaigns for “The Soup,” “Chelsea Lately,” “Total Divas,” “Married to Jonas,” and E!’s first scripted series “The Royals” starring Elizabeth Hurley. He then joined NBCUniversal’s UCP, USA Network and SYFY, where he worked on renowned series such as “Channel Zero,” “Suits,” and “Mr. Robot.”

McCarthy is a graduate of the Communication Studies and Film Studies programs at the University of North Carolina Wilmington, where he was a captain of their Division 1, CAA championship-winning Men’s Swimming and Diving Team. He currently lives in Los Angeles with his husband, film and television writer Tyler Christensen, and their dogs Lambeau and Brom Bones. 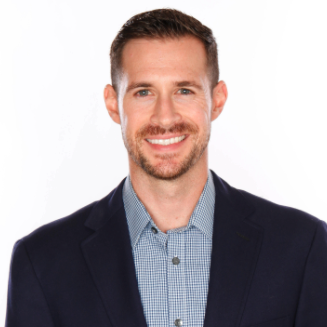